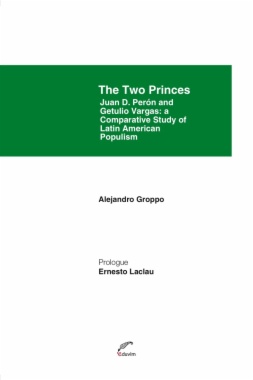 This book is a comparative study of the political emergence of Perón in Argentina and Vargas in Brazil. It seeks to describe and explain how and why Peronism and Varguism were two different political projects. Using the tools of political discourse theory, this book scrutinizes the implications Perón and Vargas had for the formation of the political identities of the socio-political actors in both countries. The book shows to what extend the differential character of the process of formation of political identities had to do both with the structural context in which Vargas and Perón developed their strategy as well as which the specific ways in which both leaders intervened in the political formation. In this sense, the research stresses the specific discursive and institutional modes of intervention that characterized these who leaders' projects and their role in the political imaginary they inaugurated. It does so by tracing the responses to Perón and Vargas by different socio-political actors and the polemic context in which those responses took place.