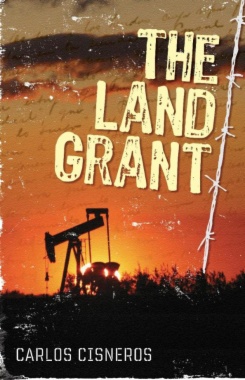 When Brownsville attorney Alejandro Del Fuerte is asked to take over the prosecution of a case involving a Spanish land grant, he’s excited about the potentially lucrative opportunity. There’s billions in oil and gas royalties at stake. Not to mention the boost to his reputation as the “go-to” lawyer in South Texas for high-stakes litigation.
But he needs to convince his partners in Del Fuerte, Fetzer & Montemayor to accept the case, and he knows his partner and fiancé, Gigi Montemayor, will be against it. The defendant and owner of the disputed land is the Agnus Dei Foundation, which is headed by Bishop Salamanca, the priest she wants to marry them. And to make matters worse, the previous lawyers involved in the case have ended up dead or institutionalized.
A surprise call from the Bishop warning him not to take the case is soon followed by terrifying threats to Alex and his family by forces from south of the border to the Vatican itself. It seems they’ll stop at nothing—physical threats, blackmail and perhaps even murder—to get him off the case.
Set against the vibrant background of the Texas-Mexico border region, author and attorney Carlos Cisneros depicts a world where greed and corruption run rampant in legal, political and even religious circles. In this gripping sequel to The Case Runner, Cisneros once again takes Alejandro Del Fuerte—and the reader—on a thrilling ride as the young attorney tries to balance personal and professional drive and ethics.