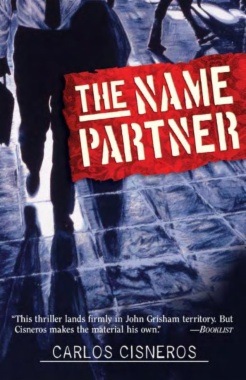 The son of migrant workers, Guillermo “Billy” Bravo is one of South Texas’ most successful attorneys, and he’s determined to see his name on his firm’s stationery. He can see it in his mind’s eye: Bates, Domani, Rockford, Lord & Bravo. But suddenly, his life starts spinning out of control. He learns that fifteen years ago, a month after getting married, a one-night stand led to a son he didn’t know he had. He’s sure his wife Yamilé will hand him his private parts on a platter, along with divorce papers, when she finds out. And he’ll never make name partner if there’s a contentious divorce.
Then Billy gets a new case, to defend BostonMagnifica Pharmaceuticals against a wrongful death suit. Tomas Ray’s widow contends that a new, powerful psychotropic drug, caused her husband—a successful attorney—to kill two innocent bystanders before killing himself. Billy quickly finds himself being pressured by both his boss and BM’s CEO to make the lawsuit go away. But he soon finds evidence confirming BM has something to hide.
Billy’s life takes another turn for the worse when his teenage daughter is diagnosed with leukemia. When doctors tell him that a BM-produced drug is all that can save her, Billy feels even more conflicted about defending the drug company. What if he loses the case and BM goes out of business, leaving his daughter without the medication she needs to survive?
In this hard-hitting and timely novel about a drug company that puts its shareholders’ profits over safety, Carlos Cisneros takes the reader on a whirlwind ride as his protagonist struggles with his responsibilities to his client, his family, and his own personal ethics.