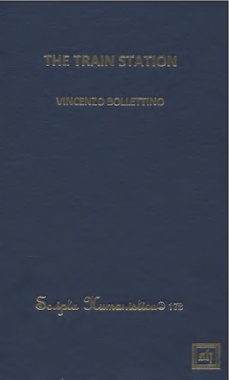 The Train Station speaks directly to this experience of dislocation and to a longing for the vital and enduring. Expressed in sharp, lacerating prose and breathtaking lyrical passages, The Train Station is the intimate, harrowing account of a Southern Italian family's exile in the New York City of the Nixon Era. Impelled by economic necessity, the members of the author's family leave their timeless village of Albanian origin and venture across the vast ocean toward America, where the bond between the magical and the real so familiar to them is torn asunder. The Bollettinos' confrontation with a Bronx eroding through white flight, as well as with a faceless bureaucracy obdurate in its scrutiny of suspected war resisters, proves to be merciless. Ultimately, The Train Station invites readers to ponder more deeply the trans-cultural journeys which continue to this day. The novel suggests that redemption can be had only by returning to those people who understand the world of nature, the soul, and the mind.