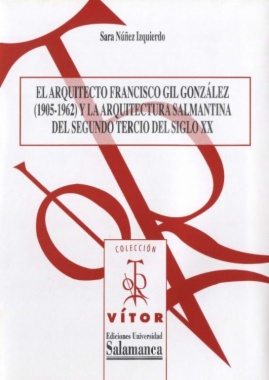 The aim of this work is to analyze the development of the architecture of Salamanca from 1933 to 1966, years of urban deep transformation. It is included in this period examples of the 1925 Generation architects, the Art Déco, the Rationalism and the postwar confusion with the Historicism and plain cases, to end in the Fifties with the attempt of renovation. Thus, in one hand, the autor is focus in the detailed study of the architect Francisco Gil González (1905-1962; graduate in 1966) life and works. This artist designed rationalism and historicism buildings that, along with some of his modern proposals, extolled him as one of the best architects of Salamanca during the XX Century. In the other hand, this work shows a complete display of the urban normative and also the study of the buildings that were erected during those years by others architects.