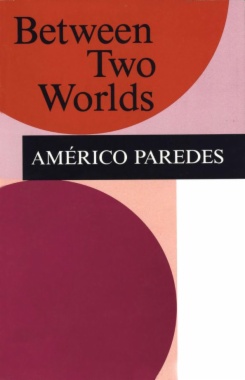 Between Two Worlds is a life’s work in poetry by the famous folklorist, novelist and mentor of at least two generations, of Chicano scholars and writers. Between Two Worlds is a selection of Paredes’ poetry from the 1930s and 1940sm sine if which was published in Texas newspapers. Consequently the poetry has both historical and literary merit. Paredes calls his poems “the scribblings of a ‘proto-Chicano’ of a half-century ago.” He is indeed the one clear forerunner of the flourishing of Chicano literature that occurred in the last two decades; his themes, styles and political stances have all become the mainstays of today’s literature and world view.