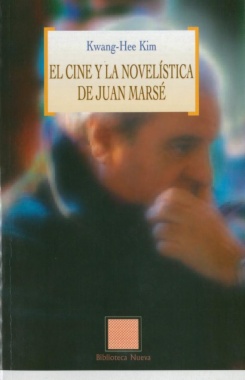 "Juan Marsé's writing has a distinctly dual quality. On the one hand, it is firmly rooted in his experience of post-Civil war Spain. On the other hand, it is also deeply influenced by the cinema which he and his fellow Spaniards knew well, that of the Golden Age of Hollywood, and which formed an indispensable part of their cultural environment. It is generally accepted that, in its early days, the cinema followed the patterns of classic nineteenth-century narrative, while over time the novel increasingly acknowledged film as a point of reference and inspiration. As is well known, moreover, Marsé's ideas on the novel are essentially anti-intellectual, eschewing theorising and aesthetic conceptions of the genre. He is concerned above all with credibility, with engaging the reader, and with vividly rendering reality. In this respect, he is close to nineteenth-century realism, a tradition with which he was not initially familiar and whose techniques he adopted from film. He therefore is an ideal author for the kind of study which Kwang-Hee Kim undertakes in her book.

Kwang-Hee Kim's book is only part of a much more extensive doctoral thesis presented at the Universidad de Santiago de Compostela and supervised by Dario Villanueva. The Korean academic uses five of Marsé's first eleven works from Ultimas tardes con Teresa (1966) to Rabos de lagartija (2000) to highlight not only the numerous references to cinema, but also to demonstrate its effect on the prose and structure of his work."
"El cine y la novelística de Juan Marsé by Kwang Hee Kim" Review by: John Macklin.. Anales de la literatura española contemporánea Page 199 of 199-202