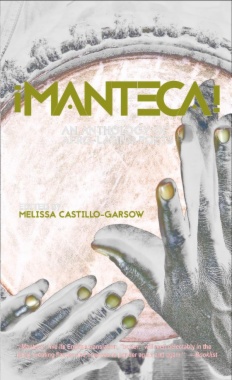 ¡Manteca!: An Anthology of Afro-Latin@ Poets

“We defy translation,” Sandra María Esteves writes. “Nameless/we are a whole culture/once removed.” She is half Dominican, half Puerto Rican, with indigenous and African blood, born in the Bronx. Like so many of the contributors, she is a blend of cultures, histories and languages.

Containing the work of more than 40 poets—equally divided between men and women—who self-identify as Afro-Latino, ¡Manteca! is the first poetry anthology to highlight writings by Latinos of African descent. The themes covered are as diverse as the authors themselves. Many pieces rail against a system that institutionalizes poverty and racism. Others remember parents and grandparents who immigrated to the United States in search of a better life, only to learn that the American Dream is a nightmare for someone with dark skin and nappy hair. But in spite of the darkness, faith remains. Anthony Morales’ grandmother, like so many others, was “hardwired to hold on to hope.” There are love poems to family and lovers. And music—salsa, merengue, jazz—permeates this collection.

Editor and scholar Melissa Castillo-Garsow writes in her introduction that “the experiences and poetic expression of Afro-Latinidad were so diverse” that she could not begin to categorize it. Some write in English, others in Spanish. They are Puerto Rican, Dominican and almost every combination conceivable, including Afro-Mexican. Containing the work of well-known writers such as Pedro Pietri, Miguel Piñero and E. Ethelbert Miller, less well-known ones are ready to be discovered in these pages.