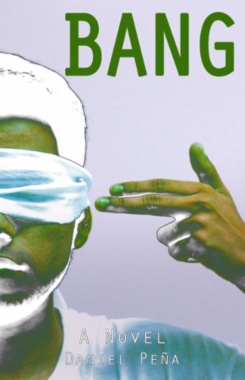 Uli’s first flight, a late-night joy ride with his brother, changes their lives forever when the engine stops and the boys crash land, with “Texas to the right and Mexico to the left.” Before the accident, Uli juggled his status as both an undocumented immigrant and a high school track star in Harlingen, Texas, desperately hoping to avoid being deported like his father. His mother Araceli spent her time waiting for her husband. His older brother Cuauhtémoc, a former high-school track star turned drop-out, learned to fly a crop duster, spraying pesticide over their home in the citrus grove.

After the crash, Cuauhtémoc wakes up bound and gagged, wondering where he is. Uli comes to in a hospital, praying that it’s on the American side of the border. And their mother finds herself waiting for her sons as well as her missing husband. Araceli knows that she has to go back to the country she left behind in order to find her family.

Vividly portraying the impact of international drug smuggling on the innocent, Peña’s debut novel also probes the loss of talented individuals and the black market machines fed with the people removed and shut out of America. Ultimately, Bang is a riveting tale about ordinary people forced to do dangerous, unimaginable things.
Volver