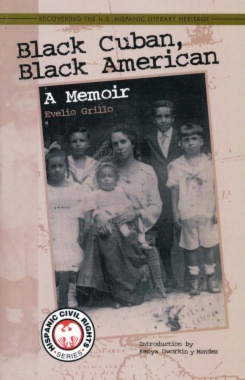 Ybor City was once a thriving factory town populated by cigar-makers, mostly emigrants from Cuba. Growing up in Ybor City (now part of Tampa) in the early twentieth century, the young Evilio experienced the complexities and sometimes the difficulties of life in a horse-and-buggy society demarcated by both racial and linguistic lines. Life was different depending on whether you were Spanish- or English-speaking, a white or black Cuban, a Cuban American or a native-born U.S. citizen, well off or poor. (Even U.S.-born blacks did not always get along with their Hispanic counterparts.) Grillo captures the joys and sorrows of this unique world that slowly faded away as he grew to adulthood and was absorbed into the African-American community during the Depression. He then tells of his eye-opening experiences as a soldier in an all-black unit serving in the China-Burma-India theatre of operations during World War II. Booklovers may have read of Ybor City in the novels of Jose Yglesias, but never before has the colorful locale been portrayed from this perspective.