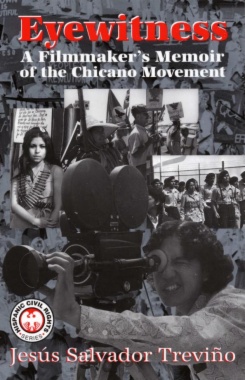 A Filmmaker's Memoir of the Chicano Movement

Noted filmmaker Jesús Salvador Treviño participated in and documented the most important events in the Mexican American civil rights movement of the late 1960s and early 1970s: the farm workers' strikes and boycotts, the Los Angeles school walk-outs, the Chicano Youth Conference in Denver, the New Mexico land grant movement, the Chicano moratorium against the Vietnam War, the founding of La Raza Unida Party, and the first incursion of Latinos into the media. Coming of age during the turmoil of the sixties, Treviño was on the spot to record the struggles to organize students and workers into the largest social and political movement in the history of Latino communities in the United States.
As important as his documentation of historical events is his self-reflection and chronicling of how these events helped to shape his own personality and mission as one of the most renowned Latino filmmakers. Treviño's beautifully written memoir is fascinating for its detail, insight, and heretofore undisclosed reports from behind the scenes by a participant and observer who is able to strike the balance between self-interest and reportage.