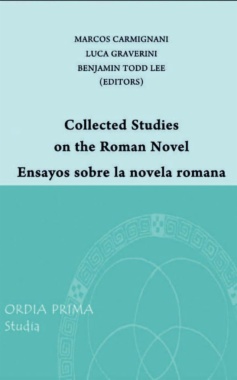 The ancient novel no longer occupies a marginal position in the field of Classical studies. On the contrary, it is an área of research that is constantly expanding, thanks in part to the discovery of new papyri. But there is also a growing interest in so-called "fringe narratives" in their own right, and far more attention is being paid to Christian and Byzantine fic-tion, as well as to other points of contact between the ancient novel and traditions from outside the Greco-Roman world. The Román novel, too, has recently gar-nered increased attention from scholars of ancient nar-rative; in addition to Petronius and Apuleius, both of whom are traditionally included in the canon of major Latin authors, we now include the late and anonymous novella known as the Historia Apollonii Regis Tyri. The present volume, which collects studies by renowned scholars from North America, South America, and Europe, offers varied approaches and múltiple points of view on Latin narrative fiction; taken together, they provide rich insights into the whole of classical culture.