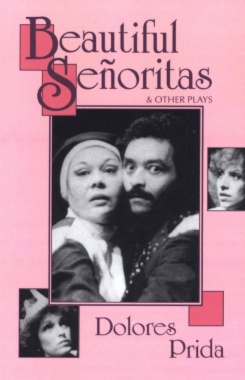 The breadth and richness of themes and styles in Dolores Prida’s theater make this collection a reading experience almost as wonderful as seeing the plays themselves. Prida has mapped the urban landscape and covered many of the most important topics of her time—feminism, racism, classism, bilingualism and biculturalism—quite often tempering their seriousness with humor, pathos and music.

This anthology includes: Beautiful Señoritas (1977), a musical satire of women’s roles and images in Hispanic culture; Coser y Cantar (1981), a bilingual one-act play for two women which explores culture clash, especially as it concerns women’s roles; Savings (1985), a musical comedy about “gentrification”; Pantallas (1986), a “black” comedy on the subject of TV soap operas and nuclear disasters; and Botánica (1990), a play about three generations of Puerto Rican women grappling with gaps and discrepancies in time and culture.

Dolores Prida is ranked among the most important playwrights of the contemporary Hispanic theater in the United States. She has written for the stage and television and taught play-writing techniques.