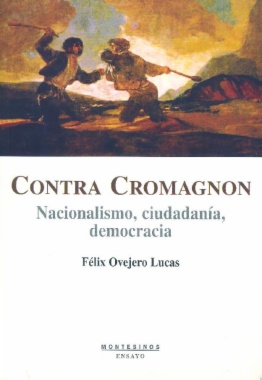 The relationship of a part of the Spanish left with nationalism is enigmatic. While declaring himself non-nationalist, he defends everything that the nationalists defend. The implication is imposed: either the nationalists are not nationalists or the left is nationalist. The first possibility is unlikely. The second leaves us at the door of a question: can the left be a nationalist? The left does not seem to have understood that the obligation to defend the right of anyone to express their views does not force them to defend such points of view. Once guaranteed that everyone can tell what they want, political criticism begins. That is true with nationalism as with the Church. If the criticism does not occur, The question about whether the left can be a nationalist now leaves us on the threshold of another: Is it the left nationalist left? Born in Barcelona, ​​Félix Ovejero has a PhD in Economic Sciences from the University of Barcelona, ​​and a professor since 1987 As a visiting scholar he was at the University of Chicago and the University of Madison (Wisconsin). He has published, among other texts, From nature to society (Peninsula, 1987); Interests of all, actions of each (21st century, 1989); The fertile Chimera (Icaria, 1994); Market, ethics and economy (Icaria, 1994); The reasons of Socialism (with Roberto Gargarella, Paidós, 2001); Inhospitable freedom (Paidós, 2002); New republican ideas (with R. Gargarella and JL Martí, Paidós, 2004); The commitment of the method (Montesinos, 2004); and open process.
Revenir